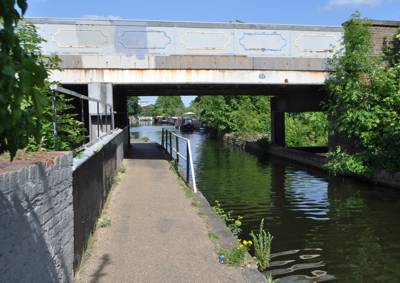 Here is "three bridges", built by the very famous Isambard Kingdom Brunel, engineer of the Great Western Railway, as part of the contruction of the railway from Southall to Brentford. It was completed in 1859. Brunel died soon after this, his last work, was completed. Windmill Lane passes over the canal in the same location as the trains rumble beneath. Passenger trains ran on this line until 1942. The line is in use but freight trains pass through only occasionally so you're unlikely to see one. 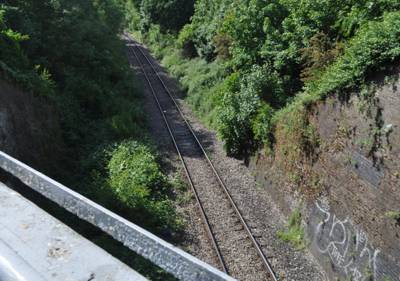 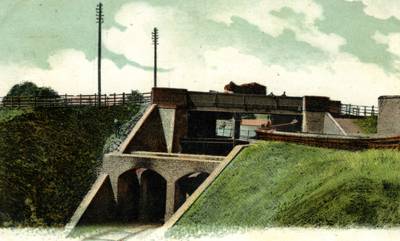 A view of Three Bridges from an archive postcard. The unusual thing here is that rail road and water transport routes all pass the same point at different levels. The structure is a scheduled ancient monument. 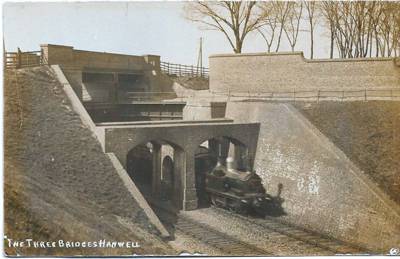 A pre-war picture of Three Bridges with a passenger train passing below the canal and road. 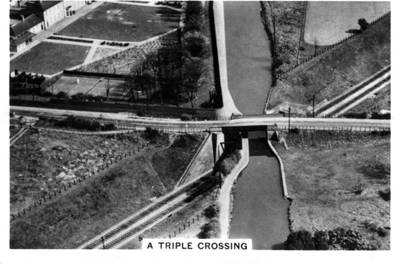 A view from the air taken from a pre-war cigarette card. This shows the layout in which all three transport modes intersect at the same point. 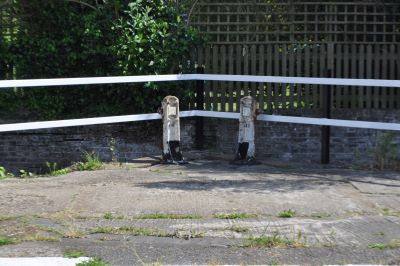 At lock 92, the first of the Hanwell Flight itself, the side ponds have been built over to form a garden for the lock house. The paddles are shown here and the garden is on brick arches. 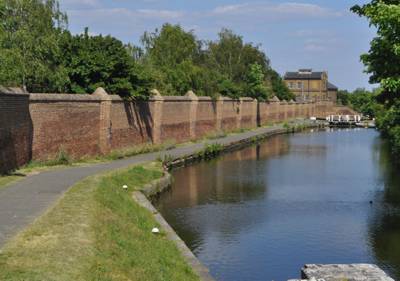 Now the impressive brick wall of the Hanwell Lunatic Asylum comes into view as we move along our tour route. The asylum was opened in 1831. Hanwell became famous for its humane and kind treatment of what were then called inmates. The institution pioneered what was then considered a novel approach to the management of the insane. Previously physical restraints, often of a nature that would today be regarded as cruel, were the normal approach to the control of the mentally ill patient. Dr John Connolly (1794-1866) led the pioneering "non-restraint" system that was adopted by other mental hospitals in England after successful adoption here at Hanwell. The hospital, now part of the National Health Service, provides mental health services to this day.

It is claimed today that canals and their enjoyment are an aid to mental wellbeing. Perhaps Dr. Connolly would have agreed. 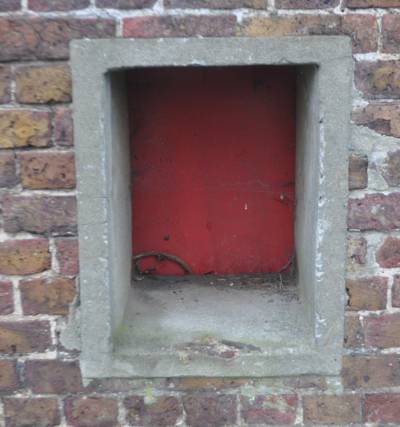 A curiosity in the thick brick wall is the presence of four recessed doors, painted red. These are fire precautions. In the event of the hospital being on fire, the Fire Brigade could knock out the doors and run hoses through the small doors to the canal to pump water for fire-fighting. In the 19th Century the Asylum had its own fire brigade. Fire doors in canal walls are not unique to Hanwell, there are examples to be seen in Birmingham and elsewhere. These are amongst the best-preserved examples. 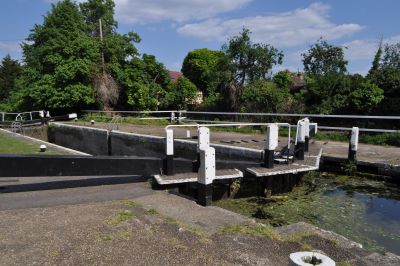 This is lock 93. Here we can clearly see that there are two white posts on each gate, that support the mechanism for a gate paddle. A gate paddle is an opening in the lock gate itself that allows water to flow from one side of the gate to the other. This is an essential part of the operation of a lock. The water in the lock is raised and lowered - along with it any boat that's in the lock - by emptying or filling the lock. There are also ground paddles in this picture. The ground paddles are installed to open or block a little tunnel that allows water to flow from inside the lock to the canal on the other side, or the other way around. The rack and pinon in this picture are mounted on a white wooden post. 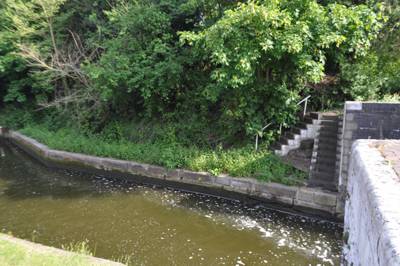 The picture above is of a landing. It is rather overgrown but lock landings are an important part of the infrastructure. Crew need to re-board boats as they leave locks and the landing is often the place for this, or for disembarkation when approaching a lock. 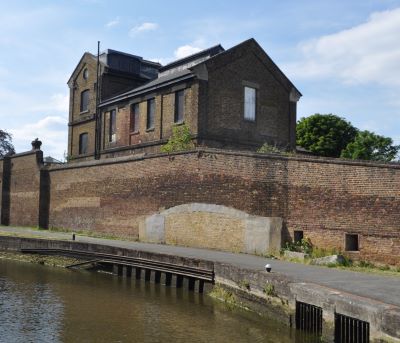 As we approach the next lock on this online tour, we come to one of the most interesting remains of the past. A clearly-visible bricked-up entrance can be seen in the wall and behind it is one of the tall buildings of the hospital. This is the former entrance to Asylum Dock. The dock was about 50 feet long and about 30 feet wide and the entrance was at one corner. There were buildings around most of it. Coal was brought in here by barge for the hospital's boilers and produce from the market gardens in the grounds was carried away by boat for sale in the London markets. 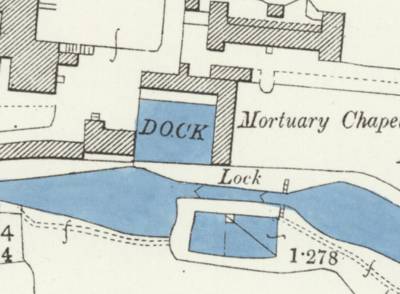 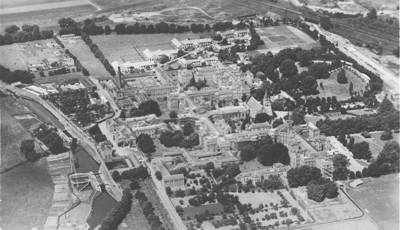 A view from the air, circa 1920s. The Asylum Dock is on the left of the picture, towards the bottom. 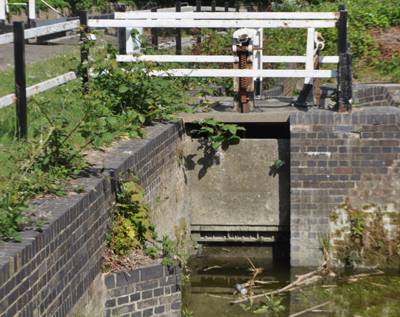 This picture at Lock 94 "Asylum Lock" shows the working parts of a paddle that controls water flow to and from a side pond. You can see the paddle itself and the mechanism above to raise and lower it.